Surinder Singh Route for EU/EEAEEA The European Economic Area (EEA) consists of the 27 EU Member States as well as Iceland, Liechtenstein and Norway. The United Kingdom is not part of the EEA. Family returning to UK

The deadline for EU/EEA family membersEU/EEA family member Family members of British citizens with a citizenship of an EU member state or EEA signatory state. of British citizens who are Withdrawal AgreementWithdrawal Agreement The Withdrawal Agreement sets out the terms of the UK’s withdrawal from the EU and provides for a deal on citizens’ rights. It sets out a transition period which lasts until 31 December 2020. During this time you can continue to live, work and study in the EU broadly as you did before 31 January 2020.   If you are resident in Austria at the end of the transition period, you will be covered by the Withdrawal Agreement, and your rights will be protected for as long as you remain resident in Austria.   Any rights that are not covered by the Withdrawal Agreement will be the subject of future negotiations.   https://www.gov.uk/government/publications/new-withdrawal-agreement-and-political-declaration   beneficiaries returning to the UK to apply for pre-settled status under the EUSSEUSS The EU Settlement Scheme is the scheme under which citizens of EU Member States as well as citizens of Iceland, Liechtenstein, Norway and Switzerland are able to apply to continue living in the UK following the UK's leaving the European Union. is 29 March 2022. Thereafter the normal UK visa system will apply.

All UK citizens who were legally resident in Austria prior to the end of the transition periodTransition Period The transition period (also referred to as the implementation period) is the period following the UK's departure from the European Union (on 31.01.2020) until the end of 2020. An option to extend this period has not been taken up by the UK government. (i.e. 31.12.2020) needed to apply for their Article 50 card (Art 50 EUVAufenthaltstitel "Artikel 50 EUV" The Aufenthaltstitel "Art 50 EUV" is a residency title to be issued to British citizens from the end of the transition period. Its name is derived from Article 50 of the Treaty on European Union. The "Titel" refers to the document or card itself, and not the right, or permission that it confirms. Karte) by the end of 2021 irrespective of how long they had been resident in Austria and what previous residence title they had held. Those who did not do so in time stand to lose the special status that they enjoyed within the scope of the Withdrawal Agreement. From our contacts with the Ministry of the Interior only very extenuating circumstances are being considered after 31.12.2021.

The e-mail address a50urgent@britishinaustria.net will continue to be monitored for such cases. This address is not intended for people who have applied and have not yet received their cards.

As of the end of November 2021, 8,886 applications had been made for the Article 50 EUV cardAufenthaltstitel "Artikel 50 EUV" The Aufenthaltstitel "Art 50 EUV" is a residency title to be issued to British citizens from the end of the transition period. Its name is derived from Article 50 of the Treaty on European Union. The "Titel" refers to the document or card itself, and not the right, or permission that it confirms. (a figure that includes non-British Angehörige who have also applied). As of 01.01.2021 there were 11,529 UK Citizens resident in Austria who qualify for a card. 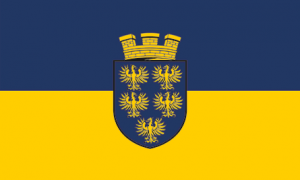 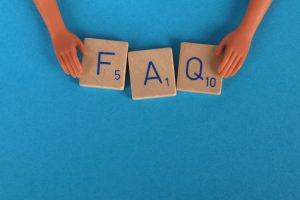 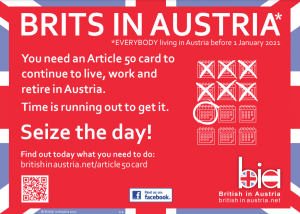 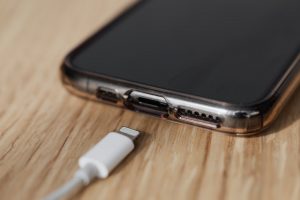 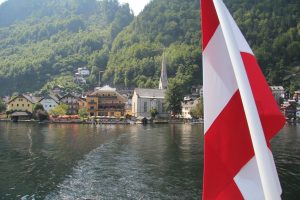 If you are resident in Austria, you are required to exchange your UK driving licence. Failure to do so within six months of establishing residency in Austria means that you are driving illegally with a British driving licence, and you risk large fines and invalidating your insurance.

The Withdrawal Agreement enables both EU citizens and UK nationals, as well as their respective family members, to continue to exercise their rights derived from Union law in each other’s territories, for the rest of their lives, where those rights were based on life choices made before the end of the transition period at the end of 2020. These over 3 million EU citizens in the United Kingdom, and over 1 million UK nationals in EU countries, as well as their respective family members, can continue to live, work or study in the host state as they currently do under the same substantive conditions as under Union law, benefiting in full from the application of the prohibition of any discrimination on grounds of nationality and of the right to equal treatment compared to host state nationals.